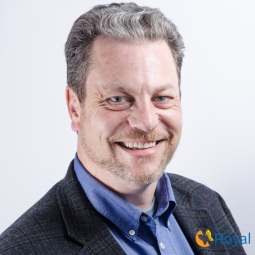 A firm believer in the power of storytelling to bring about culture change, Jean-François Claude regularly shares his lived experience with Double Depression and mental illness stigma as a bilingual workplace mental health advocate, keynote speaker and panelist.

But when Jean-François first entered the workforce as a communications and public affairs professional, he knew next to nothing about mental health… and even less about mental illness. A sudden and unexpected work stoppage at age 40 would change all that. And reveal the shocking truth behind a secret family history of mental illness.

Jean-François has since turned personal adversity into public advocacy for men’s mental health, launching the website TheMensDEN.ca (The Men’s Depression Education Network) in 2013. He then orchestrated the City of Ottawa’s first Proclamation of a “Men’s Mental Health Awareness Day in Ottawa” in 2014, now held annually on the Tuesday immediately preceding Father’s Day. The first municipal proclamation of its kind in Canada, this awareness day is now recognized and celebrated nationally.

For his advocacy and anti-stigma efforts in men’s mental health, Jean-François was awarded a Meritorious Service Medal (Civil Division) by His Excellency the Governor General of Canada, and was named one of 150 Leading Canadian Difference Makers for Mental Health by the Centre for Addiction and Mental Health. In 2016, he was presented with an Inspiration Award from The Royal Ottawa Foundation for Mental Health, and was ranked #5 in the Top 100 Mental Health Influencers on Twitter, where you can follow him as @JFClaude.